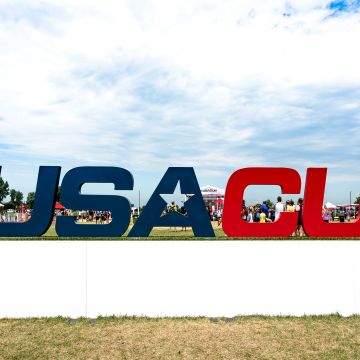 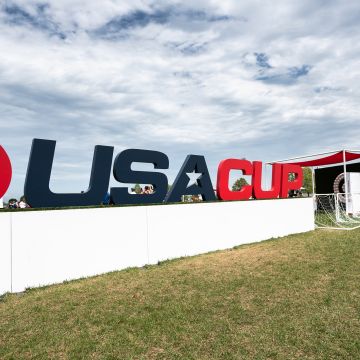 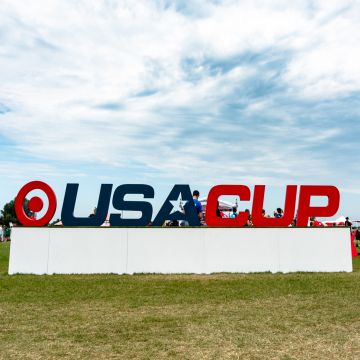 In 2019, the USA Cup welcomed 1,152 teams from 22 U.S. locations and 20 countries. That’s a lot of impressionable impact. Also, the International Youth Soccer Tournament has been around for over 30 years, bringing together people from around the world and creating memories that are lasting and meaningful for those participating. As a new title sponsor of the event, Target wanted to ensure an engaging activation was in place. Essentially, Target reached out in hopes to create USA Cup (24’ W x 5’6 H) dimensional letters that would pop in the event activation area and in the hearts of many taking the field.

With a tight two-week timeline, STAR worked with fervor to finalize the project. Design files were provided, and STAR executed fabrication so Target’s labor crew could install within the allotted timeframe. STAR provided a turn key solution for Target’s team and partners by creating the base of the letters in sections and applying the letters onto cavities within the base. Because the bases were sent in five sections with the letters already attached, set up was minimal on site. Since the event is outside, MDF HDO (that stands for “high density overlay”) exterior and exterior latex paint were used to ensure the pieces weren’t damaged or worn. Throughout the project, STAR offered the fast and friendly service that makes an agency stand above the rest. Most importantly, STAR and Target remained close to the mindset of working as one team.

Throughout the event, kids and families had fun posing in front of the letters. They were quite the hit! Once the letters are done, however, they’re tucked away in STAR inventory to be used again at the next USA Cup. Read more about the USA Cup and its history here.

The USA Cup ran the July 12th through 14th weekend and additionally during July 16th through July 20th.